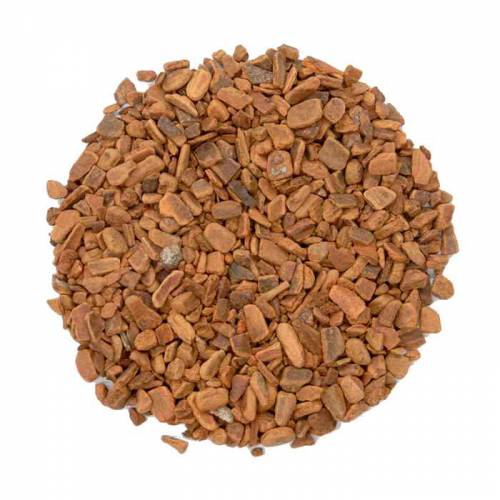 Cinnamon is used in our tea blends for its sweet and spicy flavour, and delicious aroma. Cinnamon is a warming spice and contributes sweet, pungent, and bitter tastes. It is known to have many great benefits. It helps to support or maintain healthy blood glucose levels and it provides powerful antioxidants. It is commonly used in sweet and savory dishes, and it enhances the bio-availability of other herbs.

Cinnamon is the brownish-reddish inner bark of the cinnamon tree, which when dried, rolls into a tubular form known as a quill. Cinnamon is available in either its whole quill form (cinnamon sticks) or as ground powder. All types of cinnamon belong to the same family of plants, called the Lauraceae family. Cinnamon is indigenous to Sri Lanka and South India. It is one of the oldest of all spices and is mentioned in the Bible and in Sanskrit texts.

Have you tried Cinnamon? Tell us what you think!