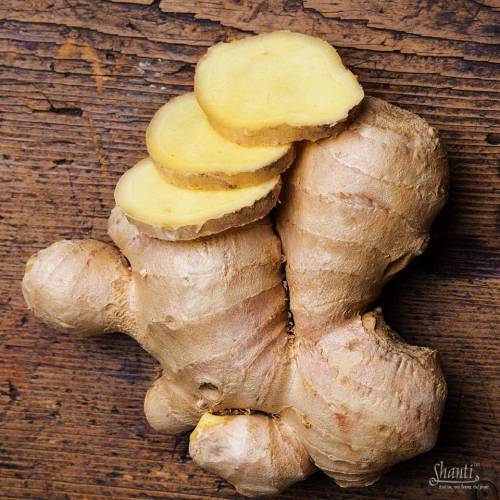 It’s documented history is as old as tea! The use of ginger dates back at least 5000 years.

It was used in medicine to treat various ailments in China and India. It is thought to have originated in India, but more broadly it has been accepted that ginger originated in Southern Asia. One of the earliest medical books in China references ginger, Nong Cao Jing, written in approximately 2000 BCE.

Arab traders brought ginger to the Mediterranean around 2000 years ago, brought from India across the Red Sea. The trade began with Greek and Roman civilizations, and the fall of Rome brought a drought of ginger root to most of Europe.

In the 11th century, Europe rediscovered ginger and by the 14th century, ginger was the second most popular spice – black pepper being the first. Queen Elizabeth I - she was so fond of ginger, and is given credit for gingerbread men!

Ginger travelled to the New World with Spanish conquers at first, but as Western Europeans travelled the world, they brought ginger with them. Ginger is now grown in tropical climates around the world, but China and India remain the largest producers.

The uses of ginger in food are versatile and diverse. Prepare sweet, savoury or salty dishes, we recommend using fresh ginger in cooking for a more vibrant flavour.

Ginger pairs well with a variety of fruits, it’s a great addition to breads (e.g. spiced banana bread anyone?), in sweet dishes like cakes, pies, pudding, fruit cake, and of course, gingerbread. It pairs wonderfully with meats, a must in many curries, an amazing anti-flu soup, ginger ale and of course, tea. Some people eat ginger alone in the form of candied ginger or pickled ginger, often found in sushi restaurants.

Add fresh, ground or cut ginger to a wide variety of dishes for an extra kick and a zesty flavour. Let us know your favourites in the comments!