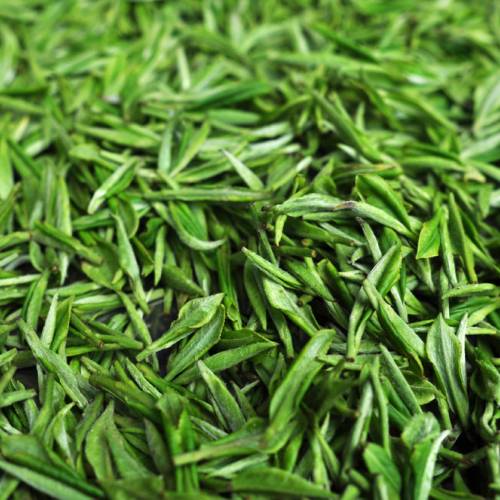 By now almost everyone is aware that green tea is good for your health – but why? Actually, there are health benefits to all teas, but green tea, white tea and lightly oxidized oolongs have more health promoting compounds within them than black tea. The more oxidized the tea leaf, the less antioxidants are present. If you are not a fan of the taste of green tea, but would still like to gain the health benefits associated with drinking tea, then a white tea might be more to your taste, or perhaps a green oolong like Iron Goddess.

Epigallocathechin-Gallate is an antioxidant found in all teas, however the heavy oxidation of black teas damages a these catechin compounds.  Actually, the oxidation process converts catechins into teaflavines and tearubigines, which contribute to the infusion color and flavor of black tea.   Antioxidants are molecules that can help to mitigate the effect of damaging free radicals (unstable molecules that can cause cellular damage and accelerate aging). When people talk about the health benefits of green tea, they are primarily referring to EGCG.

Some of the benefits of EGCG:

Although green tea is the most common form of tea associated with the health benefits of drinking tea, White tea actually contains higher levels of EGCG than all other teas.

Green tea also contains a compound called l-theanine. We just recently blogged about the theanine content in green tea.  Here are the health benefits of l-theanine in green tea:

The theanine content of green tea helps to balance out the stimulating effects of the caffeine, resulting in a more sustained form of energy.

Green tea also contains chlorophyll, the green pigment of plants, which are being recognized as superfoods.  Chlorophyll is good for maintaining cellular integrity, tissue oxygenation, and the formation of immune and red blood cells. It also can act as a “chelator”, binding to heavy metals and therefore assisting to detoxify the body.

Besides the above specific health benefits, green tea is rich in various vitamins and minerals such as magnesium, potassium, calcium, B-vitamins, fluoride, and many others which are good for our overall health.

Beyond steeped green tea leaves, there is also powdered green tea, aka Matcha, to consider.  The main difference between drinking matcha and drinking green tea is that in matcha, you are actually consuming the leaf itself, whereas in regular infused green tea you are simply steeping the leaves, and then removing them.   The health benefits of matcha are therefore greater than green tea.  Keep an eye out for our next profile blog on Matcha.