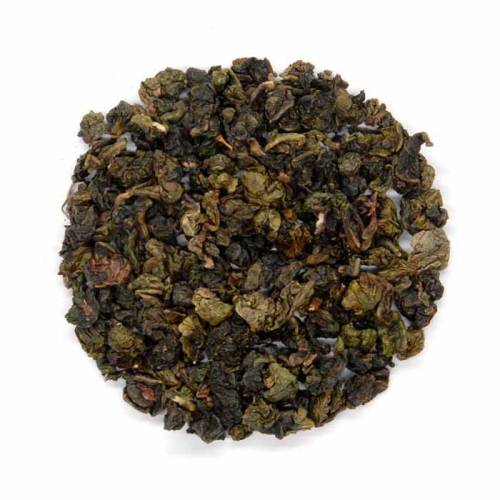 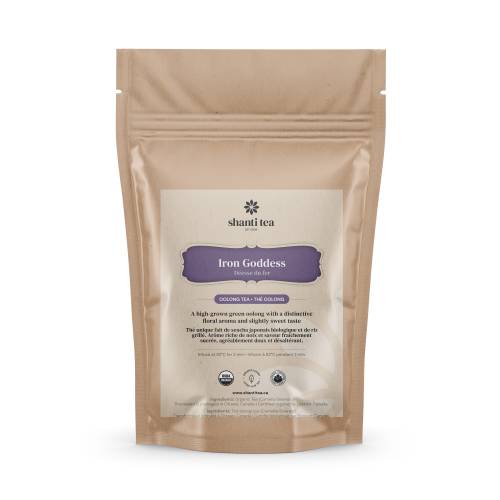 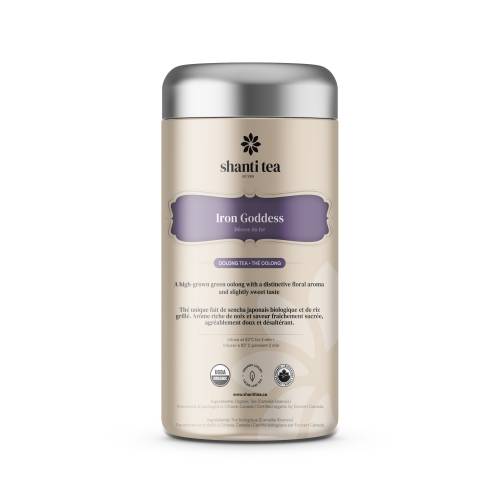 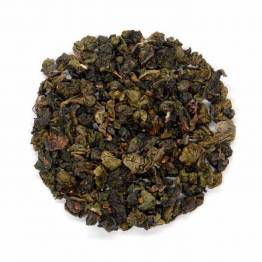 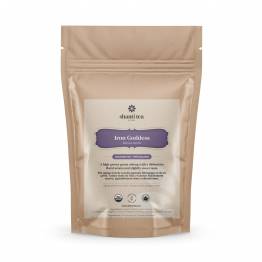 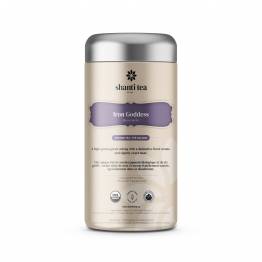 A high-grown green oolong with a distinctive floral aroma and slightly sweet taste.

Iron Goddess, aka Ti Kwan Yin, is a high-mountain oolong tea from Fujian Province, China. It has a subtle but distinctive flavor, a pale golden color, and a light floral fragrance. The tightly rolled leaves unfurl into large broad green leaves that can be steeped several times. Oolong teas can be an acquired taste if one is used to black teas with milk, however this one is well worth the time, and is very highly recommended.

Bodhisattva AvalokitesvaraIron Goddess tea is named after the Bodhisattva Avalokitesvara, known as 'Guan Yin' in Chinese, or 'Iron Goddess of Mercy'. According to legend, there was a poor farmer who, out of reverence and respect, used to sweep the floor and light incense in an old crumbling shrine to Guan Yin. One night, Guan Yin came to him in a dream and told him of a treasure hidden in a cave behind the shrine. Guan Yin asked him to find the treasure and share it with all the villagers. When the farmer looked, he found a tiny tea bush. He brought it to his field and nurtured it and it produced the finest tea in the region. The farmer named this tea Tie Guan Yin.

Have you tried Iron Goddess? Tell us what you think!