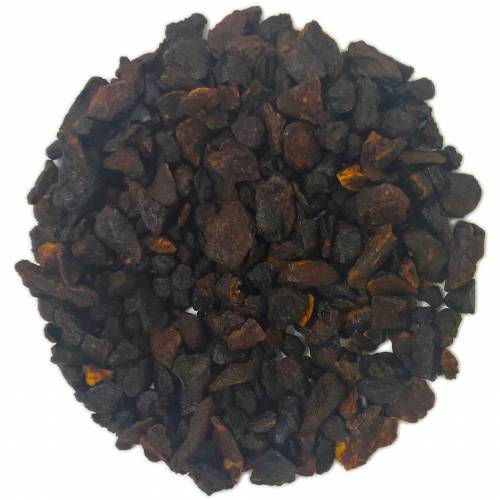 Chicory root has a long history of providing support to liver problems. Ancient Romans used the herb to help cleanse the blood. Egyptians were known to consume chicory root to help purify the liver and the blood. Currently it is popular as a caffeine free replacement for coffee. It is robust, flavorful, slightly bitter, similar to coffee. To make a chicory root beverage, pour 8 ounces of boiling water on one tablespoon of roasted chicory root. Steep it for 7-10 minutes. Add your favorite milk and/or sweetener, just like you would add to a regular coffee.

Chicory Root (Cichorium intybus) grows all over the United States and is cultivated in some areas in Europe, where it is roasted, ground, and used as a coffee substitute or an additive. During World War II when shipping from coffee-producing countries was disrupted, chicory was used in the United States to produce “coffee.”  Chicory has also been added to certain European beers and ales.  Chicory plant is related to the Dandelion, yet has a blue flower and is called “Blue Sailors” in some places. It was brought to North America in the 1800’s and has become adapted in much of the eastern, Midwest and western states. The leaves can be eaten in the spring as a bitter green much like dandelion, and it has been cultivated as a fresh green fodder for livestock. The leaves are rich in vitamin c. Chicory root has properties similar to those of dandelion. The roots are tonic, help regulate the release of fluids and water-soluble waste, have mild laxative properties and support and regulate kidney and liver function.

Have you tried Chicory Root Roasted? Tell us what you think!