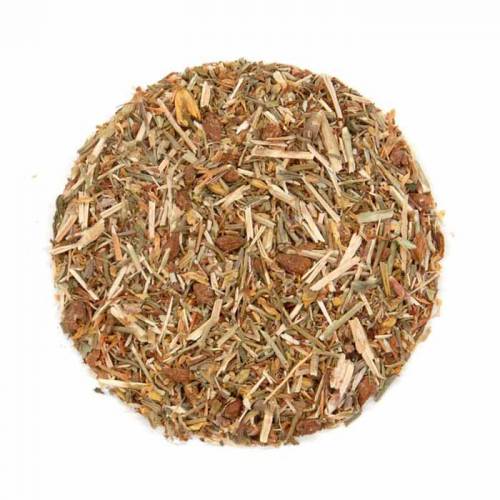 St. John's Wort has been used for homeopathic remedies for it's anti-imflammatory, astringent and calming qualities. St. John's Wort is said to have a calming effect on the nervous and digestive system. It has become a popular herb for controlling stress and to treat chronic fatigue syndrome, anxiety and depression. It has been useful in treating the mood swings associated with menopause and PMS and it is considered a mild sedative for treatment of insomnia.

St. John’s Worth is a plant that is native to Europe but has been adapted in most of the northern hemisphere. The name refers to the fact that it flowers around the feast of Saint John on June 24th which is also close to the summer solstice. St. John’s Worth is common to roadsides, waste areas and fields.  It has a rich tradition of usage dating back to ancient Greece. The European peasants thought the plant protected them from evil spirits, witches, demons and lightning. The plant was used internally in homeopathic preparations to support nerves damaged by trauma. It was also used topically to promote recovery from trauma to the skin like burns, wounds and bruises.

Have you tried St John’s Wort? Tell us what you think!