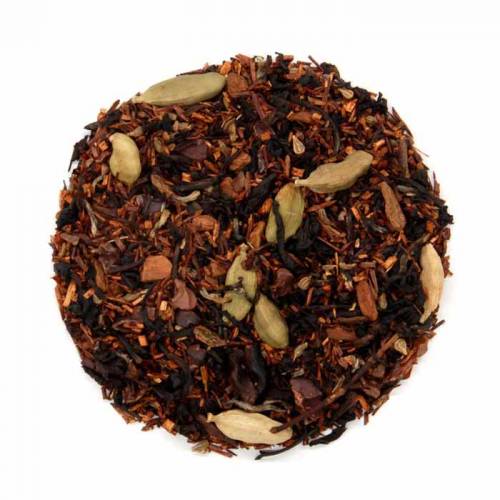 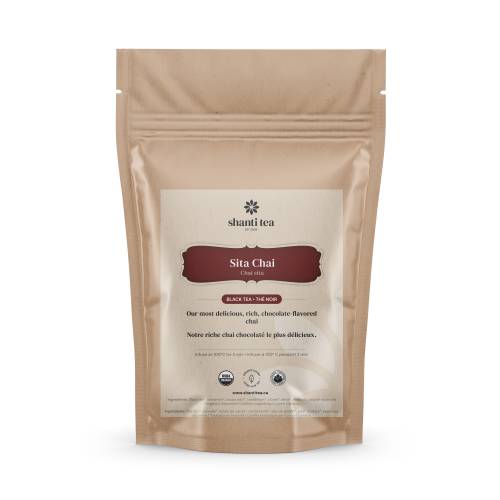 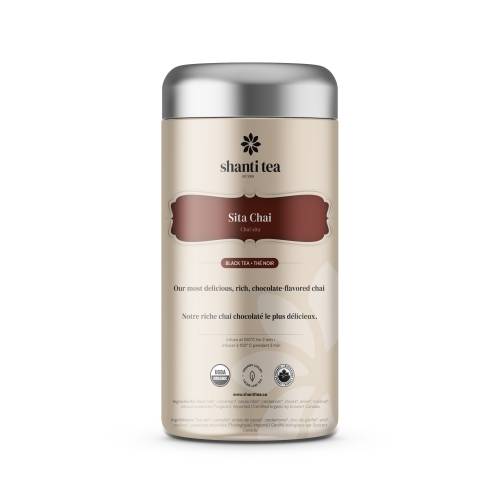 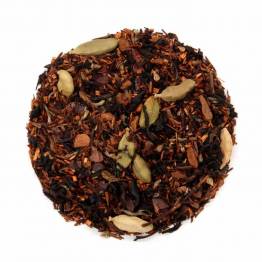 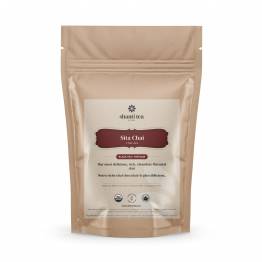 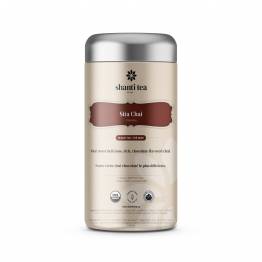 Our most delicious, rich, chocolate-flavored chai.

A moderately spicy chai with soft cinnamon undertones and a chocolate flavor. A perfect combination of sweetness and spice. The addition of rooibos mellows out the strong black tea and delivers a coppery infusion with a seductive and inviting aroma. Perfect afternoon tea that can be enjoyed after a meal.

The lovely Sita is highly regarded in Hindu mythology. An avatar (or manifestation) of the goddess Lakshmi, bestower of wealth, she was the daughter of the Earth goddess Bhūmi and was raised as a princess by adoptive parents. Eventually she married Rama, the well-loved and dashing hero of the Hindu epic the Ramayana, who is also a god’s avatar – Vishnu, in this case.

When Rama was forced into exile, noble Sita forsook her splendid palace life to follow him into the forest, but unfortunately even a god cannot protect his loved ones all the time. Swayed by her beauty and posing as a harmless beggar, Ravana the king of Lanka kidnapped her and bore her away to his palace. There he locked her away, attempting every trick he knew of to try to win her love, but she was loyal to Rama.

Ravana, unfortunately, was more than a simple king – he was a demon put on Earth. Often depicted as having many heads, many arms, animalistic qualities, and carrying fearsome weapons, Ravana was not to be trifled with. But against the forces of intimidation, as against the attempts at love, Sita was invulnerable.  ...Read the rest of the story on our blog…

Have you tried Sita Chai? Tell us what you think!