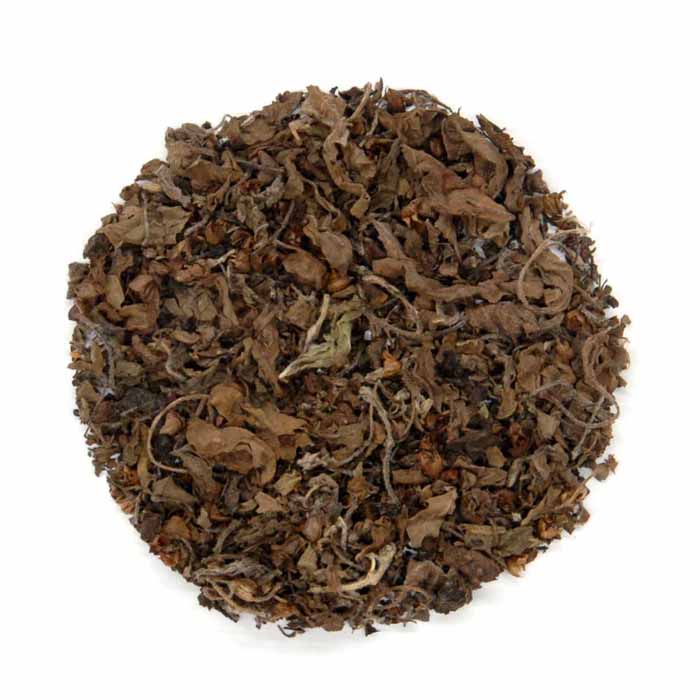 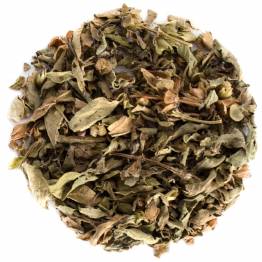 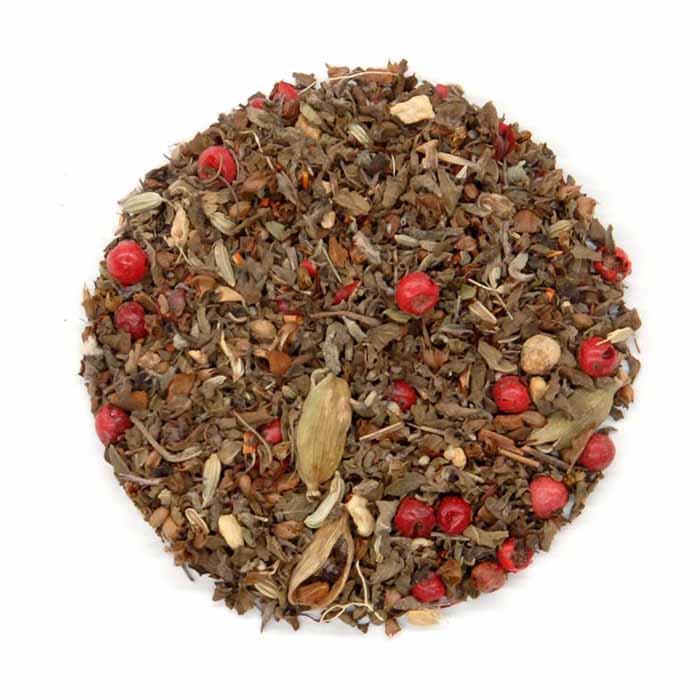 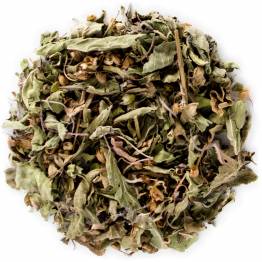 Rama Tulsi (also known as Green Leaf Tulsi), is a tulsi with light purple flowers and an aromatic, clove-like scent (thanks to its chemical component of eugenol, which is the main aroma in cloves). It has a mellower flavor then Vana or Krishna tulsi. The infusion is deep yellow and has a little spicy and minty aroma with naturally sweet and pleasant flavor, a little similar to dry basil. It can be served as a hot tea by itself or with mixed other herbs and spices or as a refreshing iced tea.

Tulsi, also known as Holy Basil, the Queen of Herbs, the Incomparable One and The Mother Medicine of Nature, is as powerful a medicine as it is spiritual and holy. It is one of India's most sacred herbs, an aromatic shrub recognized for its spiritually uplifting and healing properties. In Ayurveda, Tulsi has been cherished for its unique medicinal properties. Today modern science has confirmed many of these properties, recognizing Tulsi as one of nature’s most powerful medicines and adaptogens.

Tea made out of Tulsi is native to India where it is valued as an energizing beverage with rejuvenating properties and because it is not a stimulant, it can be taken before bed and support deep sleep.

While Tulsi can balance vata (cold and dry qualities) and kapha (warm and moist qualities), and in excess it can increase pitta (hot and fiery qualities), it can be used in any season for all types. As a kapha-reducing herb, Tulsi supports the healthy elimination of mucus from the lungs and respiratory tract as well as any excess mucus in the digestive tract.

Tulsi is used in many of the Shanti’s blends for its truly wonderful properties and flavour:

Epics: In the Bhagavat Gita and Mahabharata (ancient Indian holy epics and scriptures), it is described how Tulsi, a goddess and devotee of Lord Vishnu, was ultimately re-incarnated as the plant Tulsi. It is said that in order to express her devotion to her beloved Lord, she took this form as an herb, which would be offered in worship and service to Him.

Trade Routes: Tulsi made it into the ancient tea trade routes from the orient; when it reached Europe and they found out about its wonderful healing properties, the Christians started viewing it as the “God of the Herbs” and thought of it as a gift from Christ – that’s where it got its Latin binomial “Occimum Sanctum”.

Have you tried Tulsi ( Rama )? Tell us what you think! 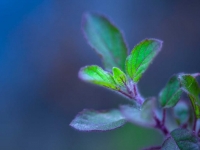 Tulsi, also known as “Holy Basil” “Queen of the Herbs” “Elixir of Life” dates back to literally thousands of years along with Hinduism and Ayurvedic medicine. This herb is revered in India as a sacred herb and is recognized for its spiritually uplifting and healing properties. This aromatic herb has many health promoting properties.  Many of you have already learned a lot about Tulsi from our Health Blending Workshops led by Dr. Prakash, but here's a quick recap of what's she's taught us: