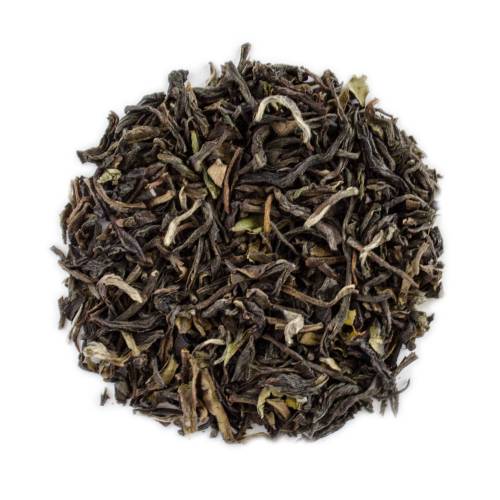 This Darjeeling first flush tea was harvested during spring and the leaves have a floral scent and a lively character. This first flush from Avongrove Tea Estate is quite in demand. Crisp, subtle infusion, this Darjeeling is attractive and stylish. A light cup with a pungent flavour.

Avogrove Tea Estate is in the Rungbong Valley, between 2200 ft and 5700 ft, with the Balasun river flowing by. Avongrove means Bird’s Nest and is bounded by Dooteriah tea estate in the North, Nagari tea estate and Nagri farm in the South, Turzum tea estate and Sungma tea estate in the East. Its plantation area is spread over 180 hectares which produces over 60,000 kg of fine Darjeeling teas.
At Avongrove, tea is manufactured in the traditional way, nurturing every leaf from the time it is carefully hand-picked to when it is packed with pride as the finest Darjeeling.

Have you tried Darjeeling Black, FTGFOP 1st Flush? Tell us what you think!

Darjeeling - the “Champagne of Teas” - by Alicja 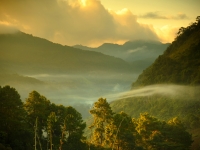 Darjeeling, the land from where the well-known and admired tea comes, famously described as the champagne of teas, is situated in the foothills of the Himalayas, located in the state of West Bengal, India. Ranging from 100-4200 meters, this mountainous region, borders Nepal, Bhutan and Tibet. The cool, damp climate, constant mist and the high elevation of Darjeeling combine to produce a flavor profile typical of Darjeeling.  Presently Darjeeling has 87 gardens, spread over 17,500 hectares. It employs over 52,000 people of which 60 per cent are women. The region’s economy is heavily dependent on tea. The Plantations Labor Act 1951 protects the rights of tea garden workers. Like Champagne grapes, Darjeeling tea achieved "Geographical Indication" status, protecting the name of "Darjeeling Tea" to be used only on teas produced in that region.

The seasonality of Darjeeling tea, described as flushes, bring out different flavor from the tea that is picked from the same plants during different times of the year.

There are three major tea flushes grown and harvested in Darjeeling: 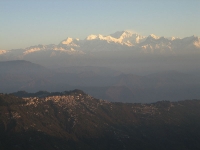 Some people consider good Darjeeling Black tea an experienced unparalleled by any other, and for good reason, too. The particular climatic conditions like altitude, sun, rain and soil have combined to create a very unique black tea beloved the world over.

Darjeeling comes by its unmatched nature honestly. In cultivation in that region of India since 1841, it has had a long time to establish itself as one of the finest regional varieties of black tea today produced in the world. Interestingly, though, the tea actually comes from the small-leaf Chinese species of Camellia Sinensis, the same plant that gives the world most other varieties of white, green, oolong and black teas.

The plant first touched soil in Darjeeling when a British surgeon posted there, Dr. A. Campbell, decided to grow it. Traditionally a black tea, Darjeeling tea gardens have now begun to produce green, oolong, and white varieties. Its growers have also begun creating hybrid varieties and experimenting with different fermentation techniques. Only tea cultivated in the Darjeeling area can bear the name Darjeeling, which of course has only upped the motivation of those living...