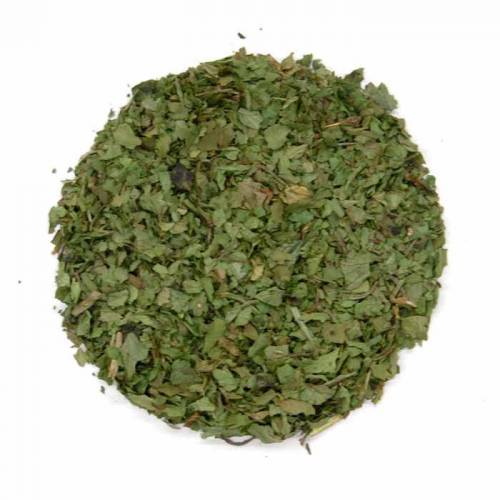 Cilantro leaf is a member of the carrot family it is also called Chinese Parsley and Coriander leaves. Cilantro comes from coriander plant where cilantro is the leaves while coriander is most often referred to as the seeds of the plant. Cilantro has a very pungent scent and is frequently found in Mexican, Caribbean and Asian cooking.

Like parsley, cilantro is often sprinkled on the top of cooked dishes, curries, sauces, soups and stews. Cilantro is most commonly used in Mexican dishes like bean dips, salsas or mixed with sour cream for use as a topping for burritos, chili, enchiladas or tacos.

The coriander plant grows wild in Europe and is also harvested in China, Egypt and India. It was introduced into Mexico and Peru by the Spanish conquistadors where it is now commonly used in the local cuisine.

Most cooks prefer to use fresh cilantro but when the fresh is not available, dried can be used in the same way. To use dried cilantro in place of fresh, take 2 Tablespoons of dried cilantro for every 1/4 cup of fresh.

Coriander, like many spices, contains antioxidants, which can delay or prevent the spoilage of food seasoned with this spice. A study found both the leaves and seed to contain antioxidants, but the leaves were found to have a stronger effect.

Have you tried Cilantro Leaf? Tell us what you think!